Donald Singer became emotional Thursday as he was handed keys to his new house on Dunderry Lane in South Toledo. 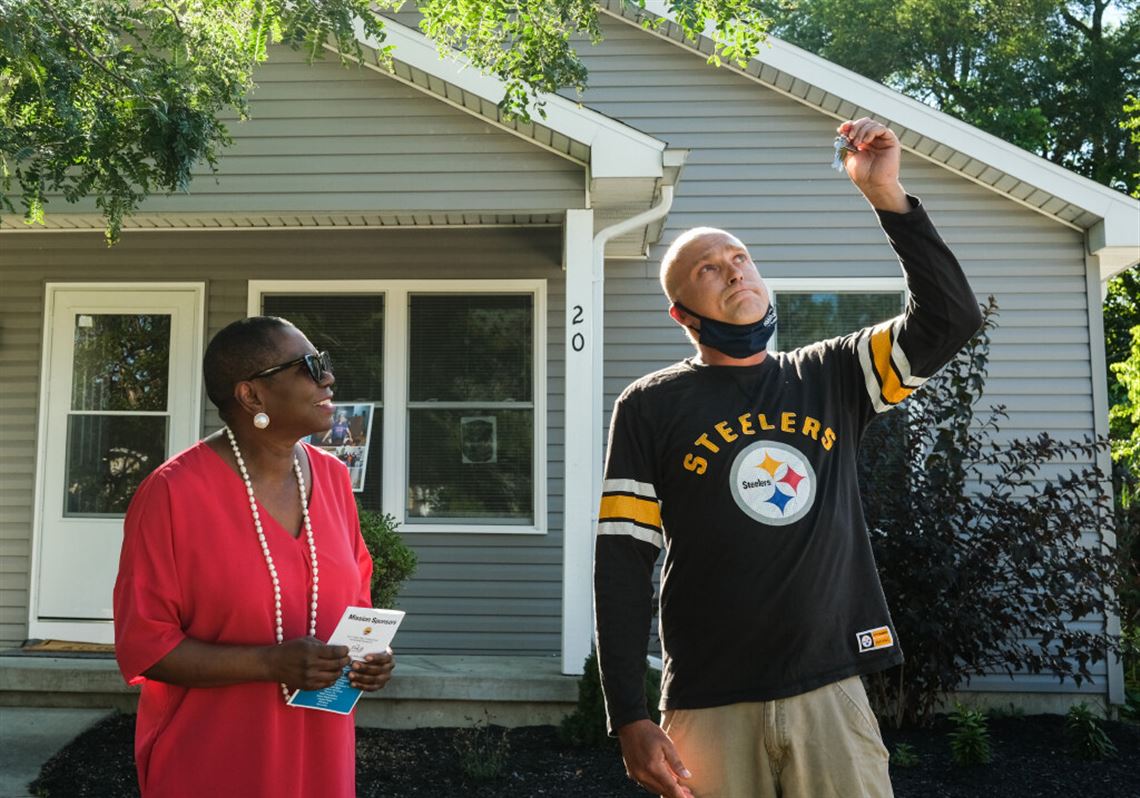 “It means a lot,” Mr. Singer said fighting back tears as he thanked the city of Toledo, Habitat for Humanity, and relatives for their help making his new home a reality.

Mr. Singer became the first person to close on a home as part of the city’s Home at Last program, which began in June and provides down payment assistance to eligible home buyers.

“We got this application literally 15 days ago and we’ve streamlined our process,” Ms. Clemens said. “We’ve got sort of an internal loan committee now that meets weekly that looks at the deal as it comes in. Within 24 hours after we get a request to go out and inspect, our housing inspector goes out. So we think we’ve got a good process.”

The program is funded with the city’s home entitlement money, for which $600,000 has been set aside for the year 2020-2021 with the goal of creating 50 new homeowners. It teams up with 16 participating lenders, including Maumee Valley Habitat for Humanity.

“I first want to let you know that I don’t and Habitat does not own this house,” he said. “This home is owned by Donald, who closed on it today. So as we celebrate that, we celebrate everyone that worked on the house, the Habitat contributors that supported Habitat to allow this to happen. We had a tremendous number of volunteers that over the last few months have been working here and putting the new landscape in.”

The program, which provides up to $7,500 toward the purchase of a home and up to $2,000 more in target neighborhoods, is available to home buyers who have not bought or owned a home during the past three years. Buyers must make a minimum $500 contribution, which includes payment of a required home inspection.

Ms. Clemens said the program aims to spread home ownership to specific areas the city is targeting to revitalize.

“The other good thing about this program is that for areas that we want to encourage home ownership or areas where we have other revitalization initiatives going on like the Old South End, like East Toledo where the Marina District project is,” she said. “Those areas where we’re putting more emphasis on revitalization, we’re also giving you a little bit more money through the Home at Last Program; we can go up to $9,500.”

Go back | Show other stories | Send this page to a friend